On the Loli Question

I hate having to answer and re-answer this question. I hate it enough that people have made memes about me yelling about how much I hate this. The issue is that this creates week-long threads where people speculate, play internet lawyer, and yell that I should ban it from FSE or sometimes that I don't ban enough things. One particularly neurotic poster insisted that any instance hosting it should be immediately reported to the FBI, mass-tagged about twenty admins and Pleroma developers with tier-zero arguments, screenshots of law blogs, and links to the FBI cyber-crime tip submission form. (As if it needed saying, I'm in favor of freedom of speech, but the mass-tagging and call-to-action broke the rules.) That was the latest entry in the list of hyper-dramatic posts.

The Loli Question is Why I Drink 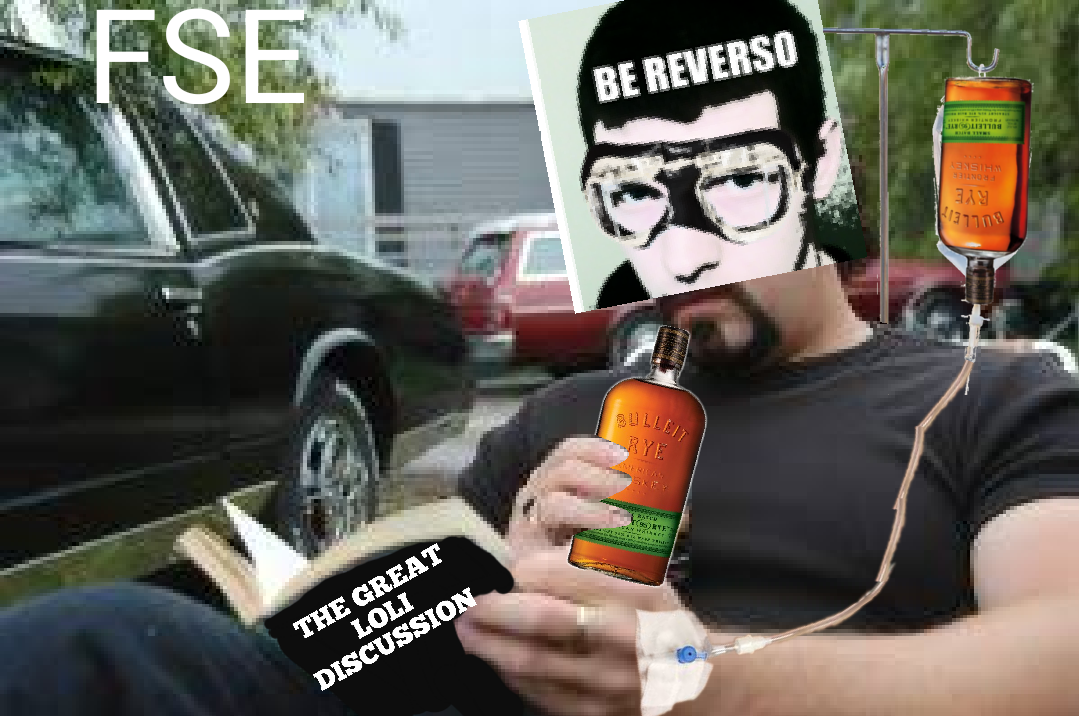 Let's get to it

The fact of the matter is that it's legal grey area and I do not want to endanger FSE by including it. Court rulings have been mixed. There's a Wikipedia page describing a number of cases. People paste that link at me a lot. That link is, in fact, where I came up with the initial policy banning it: the jury's still out (so to speak).

After the 9,001st loli discussion, I read through a guide on the Department of Justice's website: the Citizen's Guide To U.S. Federal Law On Obscenity. It looks like the DOJ maintains that they will prosecute people that run websites that allow this. To quote them:

Federal law prohibits the possession with intent to sell or distribute obscenity, to send, ship, or receive obscenity, to import obscenity, and to transport obscenity across state boarders for purposes of distribution. Although the law does not criminalize the private possession of obscene matter, the act of receiving such matter could violate the statutes prohibiting the use of the U.S. Mails, common carriers, or interactive computer services for the purpose of transportation (See 18 U.S.C. § 1460; 18 U.S.C. § 1461; 18 U.S.C. § 1462; 18 U.S.C. § 1463). Convicted offenders face fines and imprisonment. It is also illegal to aid or abet in the commission of these crimes, and individuals who commit such acts are also punishable under federal obscenity laws.

It goes on somewhat farther down the page:

The matter involving minors can be deemed obscene if it (i) depicts an image that is, or appears to be a minor engaged in graphic bestiality, sadistic or masochistic abuse, or sexual intercourse and (ii) if the image lacks serious literary, artistic, political, or scientific value.

The page is written, obviously, to scare you. Especially hilarious is "graphic bestiality, sadistic or masochistic abuse, or sexual intercourse". My best guess at what they mean by this is that the drawing can depict nudity but cannot be sexually explicit, so that's what the rule on the server is. That's the beginning and the end of it from my perspective: the DOJ thinks it's illegal and they're the organization in charge of deciding whether or not I get hauled into court. I try to pick my battles, and this isn't one of them.

That having been said, I believe that if you can violate a law sitting in a room by yourself with a pen and paper, then the law is bad, especially where art is concerned. Even if you think it's bad art, art is art. There are certainly plenty of explicit paintings depicting Venus and Cupid that would, if you drew them Japanese-style, would be illegal per the DOJ. This is a bad state of affairs, I think, but it is not a hill I'm willing to die on right now.

Write your local congressman and your senators. Instead of just complaining to me that you think I should stick my neck out to host your spankbank on a site I have to administer, put in the work to make drawings legal. I'll help you circulate your petition, I'll sign it, whatever. Just please stop whining that I should stick my neck out if you aren't willing to do anything besides whine.

There are of course, other instances that allow this sort of thing. pawoo.net and baraag.net come to mind. The baraag admin is a cool guy. Opal maintains a pretty good list of instances and notes restrictions. Another friend, sjw, allows this sort of thing on his instance and posts it almost compulsively.

Twitter has orders of magnitude more people on their servers than I have on mine. Twitter is also a profit-seeking entity with a large budget for legal problems. Grow up: nobody is going to arrest Jack Dorsey because someone posted loli on Twitter, but I am not Jack Dorsey.

A politician said it's okay!

Until the DOJ changes its guidelines, I do not plan to change FSE's policy.

All that matters in this case is not whether the law is right but whether it is followed. The internet needs to return to being decentralized, but until then, a court order can compel me to hand over the contents of my server, the government can seize domains, etc. If I end up in a fight to keep FSE running, I don't want anyone to be able to associate that fight with child pornography.

You're sure to win a court case!

That depends entirely on the jury, and I do not have the cash to fund the court case out of pocket. I'd be off getting banned from gofundme after my legal defense fund reaches $200. I won't get to collect that $200, I'll already be in jail in the worst case and in the best case, they kill FSE. I don't even like the best case.

Nobody will prosecute that!

When the law is murky, prosecutors' offices try to set a precedent by waiting to file charges until they have a case they're confident they'll win: an egregious, unambiguous violation of the law with a defendant that is sure to get no sympathy from a jury.

Look, it sucks that this is how the law shakes out and I would rather not have to enforce this rule, but I have to eyeball it and evaluate it based on how it looks to me. A jury is not going to listen to your backstory about the character. I'm not going to card drawings, they can't produce an ID, so if it looks like a kid, it's dead. This is a ridiculous situation, obviously. Call the DOJ and get them to change their website and issue a press release saying drawings are drawings.

ur site is called freezy peach extremities you have to allow everything!!!!!!

I don't like getting arrested for loli and I don't like staring down 5-20 for loli. I am completely neutral on what you choose to draw.